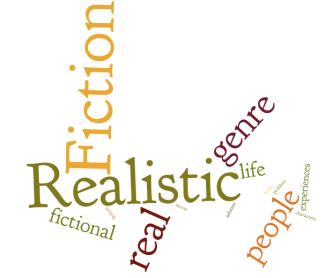 I admit it – I’m a real stickler when it comes to realism and authenticity in fiction writing. I’ve been involved in multiple debates with other authors about just how important all those piddling little facts are to a good story, but I’m sticking to my guns. Especially today, when the Internet makes it so easy to do the necessary research to get them right. I think it’s the height of laziness for an author not to make the effort required to get facts straight in their stories.

Having said that, I must admit that I SOMETIMES am willing to tolerate gross inaccuracies in fiction, but the writing had better be great and the story super-engaging. Ian Fleming’s James Bond novels are a good example of fiction where I’m able to tolerate a very high-level requirement for suspension of disbelief. These are, after all, spy fairy tales with no pretense to being realistic.

I happen to be pretty knowledgeable about firearms, but Fleming uses some of the most ridiculous guns in his books. When criticized about obvious inadequacies with Bond’s firearms, Fleming is quoted as saying, “Quite honestly, the whole question of expertise in these matters bores me.” Given just how good a writer he otherwise is, as well as the wonderful yarns he so artfully spins, I’m willing to give him a pass and still enjoy his books for exactly what they are.

Another reason to forgive him is the fact that the era in which he wrote was pre-Internet, and research was a much more daunting task. With today’s authors, however, I’m more intolerant of what I consider stupid mistakes.

Let me give you a concrete example. Vince Flynn is the extremely successful author of the Mitch Rapp spy thriller series. He appears to claim that they are realistic stories, and not spy fairy tales. “American Assassin” was a best-seller that’s now being turned into a movie.

When I started reading it, I actually found it quite enjoyable. Right up to this point in the book when Rapp shoots someone with a 9mm Beretta handgun: “The bullets spat from the end of the silencer, all three of them striking the arms dealer in the nose.” Great so far, that’s actually where a trained assassin would shoot someone with a pistol for the greatest chance of causing the immediate death of the victim. Then we come to the problem.

“The hollow-tipped rounds were designed to pancake on impact and triple in size. A pink mist exploded from the back of Sharif’s head. A good portion of the man’s brains was now in the bushes behind the bench.”

First of all, my most minor complaint. Those bullets would be called “hollow point”, not “hollow-tipped”. Minor quibble, I know, but still, Rapp is supposed to be extremely knowledgeable about firearms. For anyone who knows much about handguns that’s going to cause a minor cringe, like saying “he cocked the pistol’s slide” rather than saying “he racked the pistol’s slide”. OK, perhaps I’ll chill out and let this one go.

“The hollow-tipped rounds were designed to pancake on impact and triple in size.”

This next one I can’t let pass because it shows complete ignorance of they way bullets work. You are VERY lucky if a hollow point round expands 50% on impact. There is no way a bullet is going to triple in size.

But wait, here comes the absolute worst thing in the story.

“A pink mist exploded from the back of Sharif’s head. A good portion of the man’s brains was now in the bushes behind the bench.”

There is no way that’s going to happen from 9mm handgun rounds. Sharif would need to be shot with a high-powered rifle for something like that to happen. Handgun rounds are quite puny in comparison. Heck, over 85% of the people who are shot with a handgun survive, even if shot multiple times. I know of a Florida police officer who was shot 7 times with a .45 ACP handgun, one shot hitting his head and shattering his jaw. He not only survived, but actually killed his assailant, and he remained conscious throughout the entire gunfight.

This is Flynn’s 11th Mitch Rapp novel. I’m sure he’s heard from his readers about these kinds of mistakes. Come on Mr. Flynn, can’t you do a little research on the Internet and get the basic facts in your stories straight?

Another best-selling author in the same genre as Flynn is Brad Thor. His first novel in the Scot Harvath series, “Lions of Lucerne”, had a bunch of mistakes in it regarding firearms. However, when they were pointed out to Mr. Thor he made sure to learn as much as he could about the guns his protagonist uses in the novels. He now writes some of the most accurate and realistic scenes concerning weapons and tactics of any current author. He’s an author I can respect, and it really isn’t that hard to get accurate information on firearms and their proper usage on the Internet.

Let me give you a concrete example based on my own experience as a writer. My first novel, “Trapped in a Hall of Mirrors”, was very much a fictionalized autobiography of my own life, so I didn’t need to do any research to get my facts straight. However, part of my second novel, “Funhouse Mirrors”, takes place in Moscow in the 1980s. The character who lives there is an engineer who works on military radar systems and wants to defect to the West. I’ve never been to Moscow.

So, in order to realistically write about this character, I put together a list of questions I would have to answer. Here they are:

1. What kind of housing would a military radar engineer have in that time and place? What would its interior be like?
2. In what neighborhood would he likely live, and what would that environment be like?
3. What kind of food would he eat? What would be his favorite meal?
4. What kind of medical care (his wife was very ill) would he and his family receive?
5. What was the overall economic situation at this time in Moscow? What was daily life like when it came to mundane things like shopping?
6. Where would he work? What would the facility be like? What would security be like there?
7. Where might he travel to on business? Would he ever even leave Moscow?

Now at first, this looks to be a daunting list of questions that would require quite a bit of time to answer. In fact, it took me just two weeks to answer every one of these questions in great detail. For example, by the end of that time I was able to describe his apartment building in great detail, the exact layout of his apartment inside of it, and the furniture it would contain. I even knew which pieces would have been made in the Soviet Union (very few) and which would have been made in satellite nations like Czechoslovakia and East Germany (all of the nicer pieces).

Knowing all this actually helped me to not only avoid making some jarring mistakes about his life in Moscow, it also really helped me flesh out his character in my own mind. I understood the challenges he faced in living in Moscow during that time, and how they would shape his outlook on life. If, instead, I’d just said to myself, “Well, Moscow is a big city – I’ve been to New York City many times – I’ll just use that as my model for Moscow”, the character of my engineer would have been a very different one. In fact, it would have changed the whole novel in some very bad ways.

So authors: please, please, please take a little time and research the facts in your stories. Not only will it avoid jarring mistakes that can break the spell you are weaving in your readers’ minds, but it will likely also improve your characterizations and plot. It’s really not very much work at all in this Age of the Internet.

More information about me and my books can be found on my Amazon Author Page.